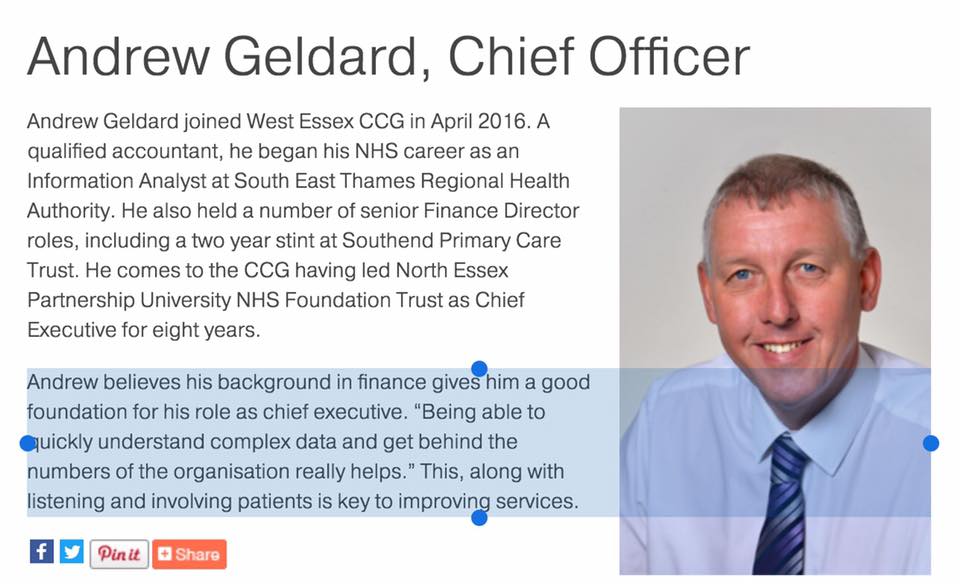 So here it is….the man that walked away when the shit hit the fan…has taken up his new post..

Andrew believes his background in finance gives him a good foundation for his role as chief executive. “Being able to quickly understand complex data and get behind the numbers of the organisation really helps.” This, along with listening and involving patients is key to improving services.

Well he left the North Essex Partnership £3.3 million in the red. And with a care quality commission rating of inadequate for safety!!!!!!!! So we are led to believe he is talking out of his A _ _ E.

I posted this back in July 2015.
The CEO has walked away from the sinking ship with his head held in shame.
You might have walked Mr Andrew Geldard but your conscience will always 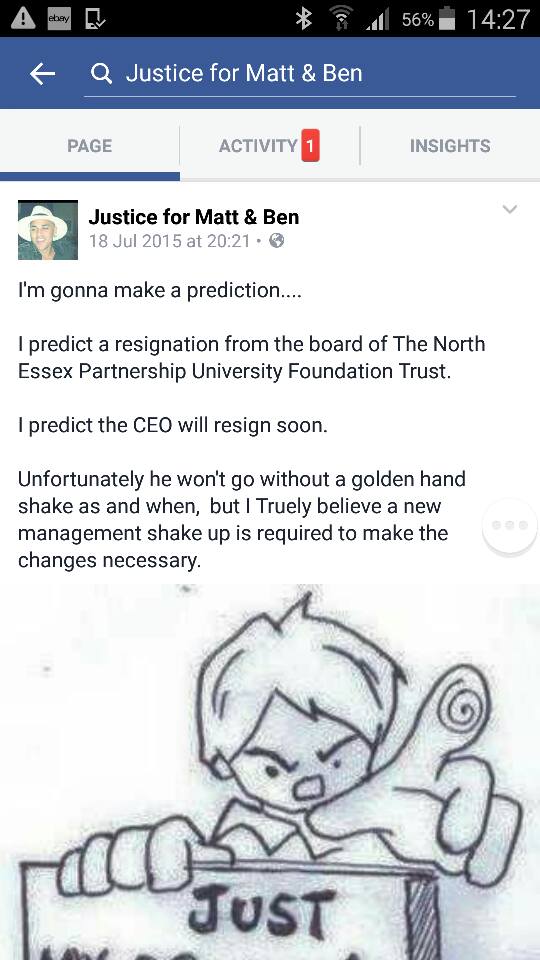 So Chief Executive Officer of North Essex Partnership Trust is leaving this week, Mr Andrew Geldard……having failed numerous families and patients.
Of course he didn’t do this single handed…..he has been supported by all those who work in the organisation who have been too weak to come forward and speak out about the failures and have covered up for each other.
He now moves to West Essex Cli…nical Commissioning Group…this is a joke in itself..
the West Essex Ccg say their main focus is on quality….patient safety…clinical effectiveness amongst other things.
Haven’t they heard about the track record dragging behind Mr Geldard..?????
He has proved hands down that he cannot be trusted where patient safety matters are concerned….clinical effectiveness or even finance..he has failed on all levels.
——————————————————————————————

A nurse admitted falsifying a care plan for a 20-year-old Heybridge man, who had been found hanged at the troubled Linden Centre ,after he had died.

It comes on the same day as a jury criticised the Broomfield-based mental health clinic whilst delivering an “open narrative” verdict into the death of Matthew Leahy.

The jury stated that the Linden Centre, part of the North Essex Partnership University NHS Foundation Trust (NEPFT), had made a “series of multiple failings over a long period of time” and that “relevant processes and procedures were not adhered to”.

At a Nursing and Midwifery council (NMC) hearing today (January 30) Amy Lara Constable was deemed to have her practise impaired and will have a 12-month caution order. 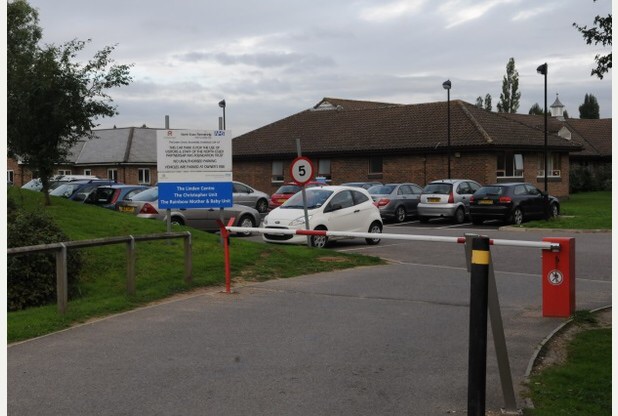 Amy Constable was working in the Linden Centre, run by the North Essex Partnership (NEP) mental health trust at the time of the incident in October 2011.

A hearing of the conduct and competence committee of the Nursing and Midwifery Council (NMC) found it proved that Mrs Constable said words to the effect of “stop going on and on, I’m not bl**dy deaf” to the patient.

It also found proved that Mrs Constable said to staff in relation to another patient the following March “if I ever get like that, I want to go to Switzerland”, while in January 2014 in reference to a third, dead, patient said “he was just a drunk anyway”.

An investigation was launched by the NMC after a referral from the NEP about a care plan for a patient which was drafted up after he had died.

Mrs Constable signed the plan after being asked to do so by a manager knowing the patient was dead, but did not know the plan had been written after his death.

Mrs Constable admitted telling the patient to “stop going on” but denied swearing and said it was part of a de-escalation technique after the patient had been screaming at her, a point accepted by the conduct committee.

The NMC panel found the proved allegations when taken together amounted to misconduct, particularly as Mrs Constable was a senior nurse, and issued a year-long caution order.

The Linden Centre, based at Broomfield Hospital, provides in-patient services for people with mental health difficulties in mid-Essex.