An NHS mental health hospital failed to act after two patients hanged themselves within weeks of each other while being treated on wards that had been repeatedly judged unsafe. 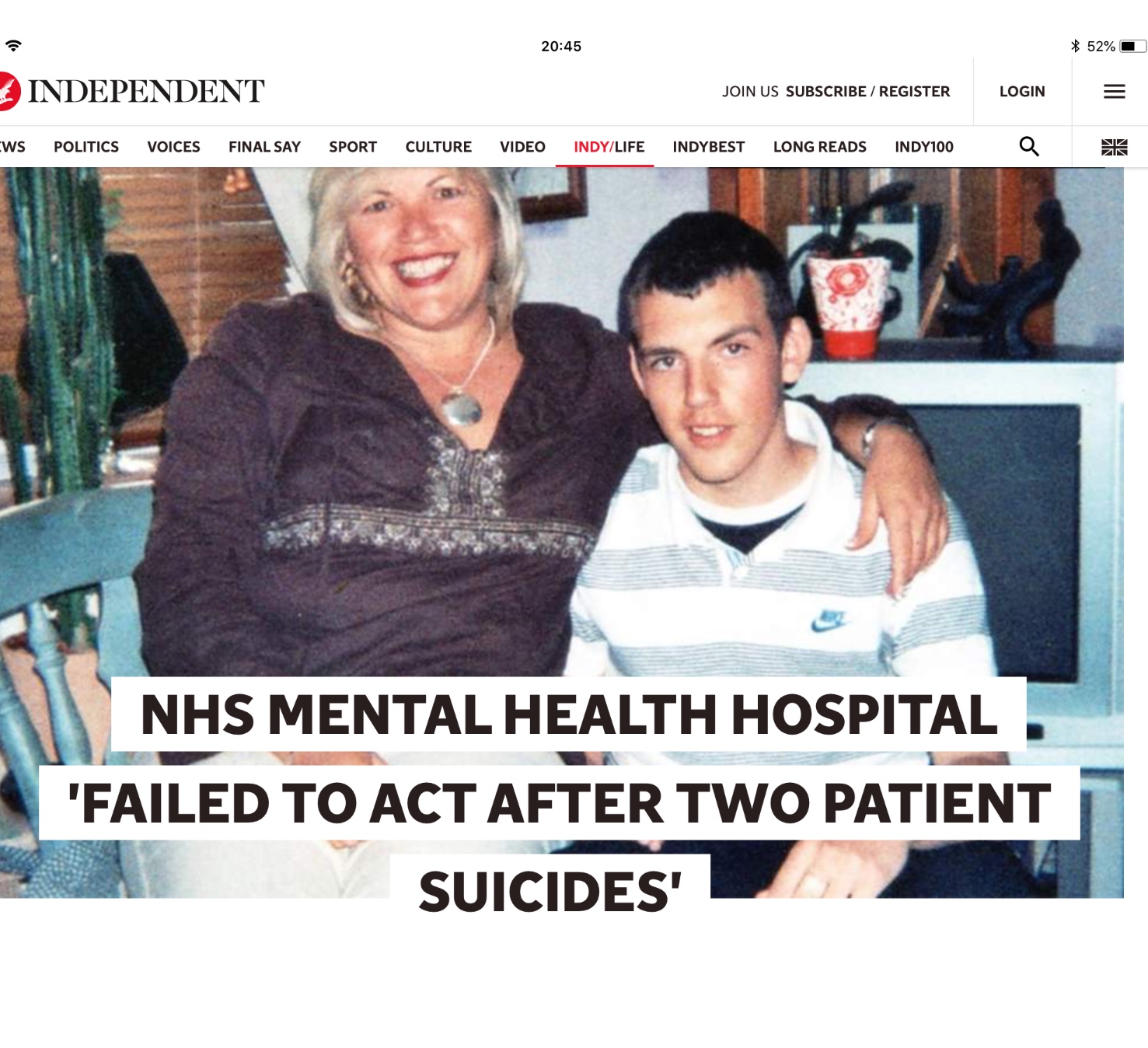 In a damning report, the Care Quality Commission said that North Essex Partnership University NHS Foundation Trust had failed to respond to warnings issued over five years about ligature points on its acute wards, despite repeated assurances that it was acting on the concerns.

The CQC’s inspectors gave the trust its worst possible rating for safety and revealed that when they visited the hospital “inspection staff found a patient unconscious following an attempt to strangle themselves with a ligature”.

The inspectors added that the incident “was in spite of serious concerns identified to the trust by the Care Quality Commission as part of our on-going regulatory inspections”.

The previous two deaths had taken place three months before the inspectors visited.

Overall, the inspectors found that 25 incidents relating to the use of a “ligature attached to a fixed object” had occurred over nine months in

And Paul Lelliott, the deputy chief inspector of hospitals, said that serious concerns about the safety of patients had been raised long before then.

Over the past five years, CQC inspectors, along with Mental Health Act reviewers, have inspected the trust several times. Each time we have identified problems that the trust needed to address… each time the trust had given assurances and then has not done so.”

Melanie Leahy, whose 20-year-old son, Matthew, was found hanged in 2012, told the Bureau of Investigative Journalism that the CQC’s report was “too long in coming”.

“I’ve been pushing since 2012 for an official acknowledgement that safety standards at the trust are inadequate.”

She said she wrote to the CQC last summer to complain about the trust’s failure to remove a ligature point in the acute wards. “If this issue had been addressed after my son’s death in 2012 I believe the two other men might not have died,” she said.

The report coincides with the release of NHS figures this week showing the number of deaths annually among mental health patients in England has risen 21 per cent over the last three years from 1,412 to 1,713. Norman Lamb, the former mental health minister, said the statistics bore comparison with the Mid Staffordshire scandal in which patients died as a result of poor care.

“Significant numbers of unexpected deaths at the Mid Staffs NHS trust caused an outcry and these figures should cause the same because they show a dramatic increase in the number of people losing their lives,” Mr Lamb said. “NHS England and the Government should set up an investigation into the causes.”

The CQC report said the Essex trust had identified the need to make changes to wards to remove fixtures and fittings that might put patients at risk but had not yet undertaken the work. Ligature-free doors had not been installed or even commissioned despite these having been agreed some time ago. “Senior managers and directors could not explain why the trust had not addressed the problems,” the report said.